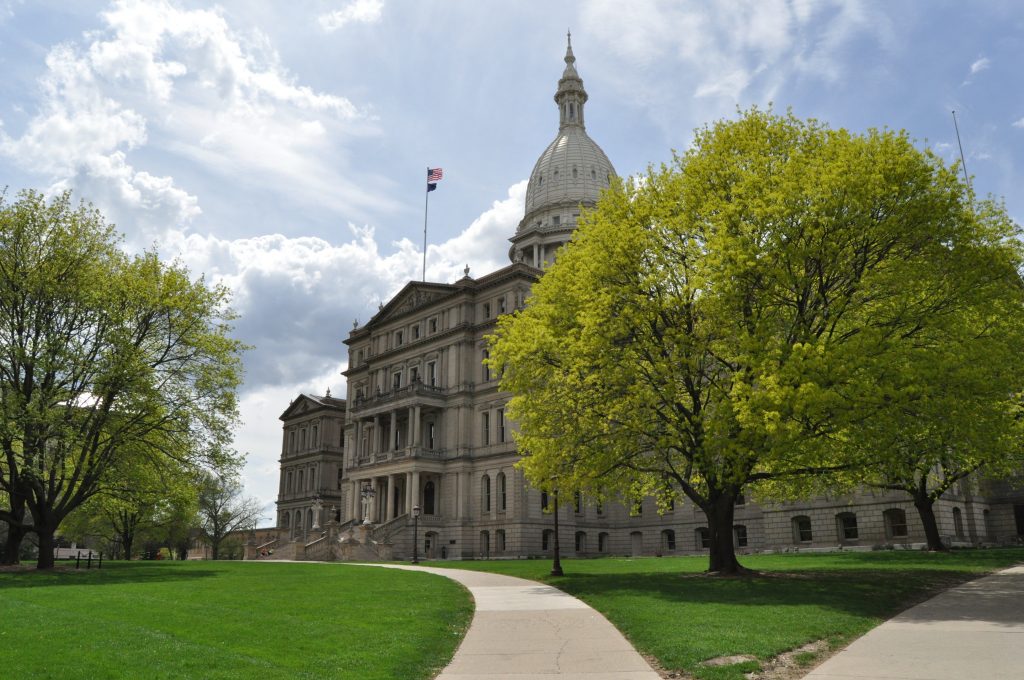 As the legislature moves closer to finalizing the budget, language added to the Department of Health and Human Services (DHHS) budget attracted some concern from retailers but has since been removed. The Michigan House Appropriations DHHS Subcommittee had inserted language that called for the state to monitor a low-income food assistance snack and beverage restriction waiver request the State of Maine filed with the US Department of Agriculture (USDA). If Maine received a waiver, Michigan would then be triggered to submit a similar request to USDA banning candy and soft drinks from SNAP purchases. When the House Appropriations Committee moved to report budgets on Wednesday, the committee adopted an amendment to remove that pro-restriction language. It was one of the few amendments adopted in any of the budgets. MRA joined several business and food industry groups to support removal of the restriction language and will continue to monitor the budget as the process continues.

The House Regulatory Reform Committee took testimony on legislation that would ensure businesses already granted a license could continue to operate and would not be affected by the result of a pending court case. HB 4169 would grandfather in and codify the Michigan Liquor Control Commission’s (MLCC) current practice of sometimes waiving objections filed by churches or schools within 500 feet of a new beer and wine or liquor license applicant for licenses issued prior to March 1, 2017. The legislation would codify the MLCC rule on how to handle applications when objections are raised by churches or schools within the 500-foot distance. The current statute is outdated and contradictory. It requires the MLCC to instantly deny a license if objections are raised, but also gives the department rule-making authority. When rules were promulgated, the MLCC included the ability to waive objections when the applicant can prove his business will not adversely impact the operations of the church or school.

Further complicating the matter is the way the 500-foot measurement is conducted. It is not an “as the crow flies” measurement. MLCC starts the measurement at the middle of the street of the address rather than door to door. In effect, an applicant and a church or school across the road could be more than 500 feet apart if a straight line was drawn from door to door, but under the MLCC calculation, the distance could be zero feet apart based on the measuring technique. The expansion of conditional licenses approved last year is also impacted unless this legislation is approved. The legislation will still allow objections by churches and schools. MRA joined several other business groups in supporting the legislation. Committee members had many questions about the 500-foot rule and the license approval process generally and will likely take some time before bringing HB 4169 up for a vote.

Both the Senate and House Health Policy committees began a series of hearings this week on legislation that seeks solutions to the opioid epidemic in Michigan. On Tuesday, the Senate Health Policy Committee took testimony on two bills that would require physicians to check the Michigan Automated Prescription System (MAPS) before writing a prescription for pain medication containing opioids. The bills, SB 166–167, were met with concerns by some physicians who felt the legislation may require physicians to check too many medications that are not the top priority to stop opioid addiction.

Prior to the recent relaunch of the new and improved MAPS only 38% of prescribers were registered to use the system. That number is believed to be inflated due to multiple accounts registered to one physician and does not indicate the amount the system is actually used. In states without mandated use of a MAPS-type program, approximately 20-30% of physicians are registered, while states with mandated use have 80-90% of physicians registered and using the system. The new MAPS is a major improvement and only takes seconds to check and also allows delegate users (nurses or administrative staff) to run reports on the physician’s behalf.

The House Heath Policy Committee heard testimony on a package of bills, HB 4403–4408, on Wednesday that include allowing Medicaid to cover addiction treatment, require licensing of pain management clinics (in an attempt to shut down “pill mills”), give pharmacists greater legal immunity on refusing to fill questionability prescriptions, require appropriate grade-level education for students on opioid abuse as part of school health education programs, and require parental consent for opioid prescriptions for minors.

A disability employment training workshop hosted by the MI Hidden Talent initiative will be held in Lansing on Monday, May 8. The MI Hidden Talent Workshop is a great, free resource for business leaders and HR professionals looking for talented employees to add to their companies. The workshop will feature training sessions on preparing for cultural shift, accommodations and hiring strategies, employee retention and the Project SEARCH internship program. Attendees will gain strategies and best practices from companies already hiring Michiganders with disabilities. The free workshop continues Lt. Gov. Calley’s and Michigan Supreme Court Justice Richard Bernstein’s MI Hidden Talent initiative to increase opportunities for competitive employment for Michiganders with disabilities.

The workshop will feature former Major League Baseball pitcher Jim Abbott and retired Walgreens Senior Vice President Randy Lewis, who both have been instrumental in making the case for hiring people with disabilities across the country. Based on available space, workshop attendance is limited to businesses actively looking to hire people with disabilities. A live stream option will be available at www.michigan.gov/snyderlive. To register or for more information about the workshop, visit www.mihiddentalent.com.

Other important items to note: