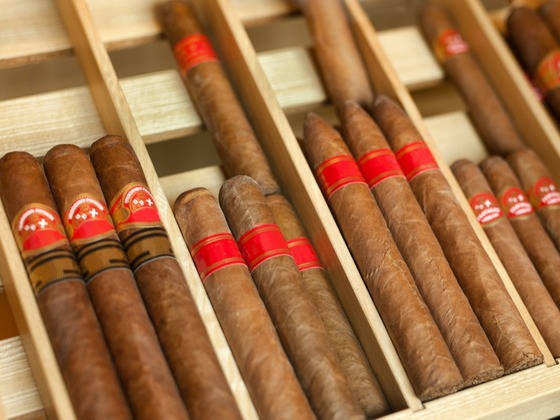 Legislators have returned from a two-week break and legislative activity seems to be picking up. The House and Senate are expected to report their respective versions of the state budget in early May. This will set the stage for a potential budget showdown between the Republican-controlled legislature and Gov. Whitmer.

Legislators seem to have little interest in some of the main components of the governor’s budget – namely the 45-cent gas tax increase and an increase in taxes on small businesses. The governor hasn’t been shy in telling legislators additional road funding is a requirement for any budget that reaches her desk. In fact, she’s been so direct she’s told the legislature not to leave over the summer if the budget isn’t done. One can assume by “done” she means something she will actually sign, but that remains to be seen.

The Senate Finance Committee discussed legislation last week that would ensure the current 50-cent per individual cigar tax cap stays in place permanently. The bill, SB 58, is a reintroduction of legislation that the legislature approved last session but was vetoed by out-going Gov. Snyder.

The reason for the legislation is to ensure Michigan cigar shops can compete with out-of-state, online cigar sellers. These out-of-state sellers don’t all collect Michigan’s tobacco taxes, putting Michigan retailers at an automatic disadvantage. Keeping the tax capped keeps the price discrepancy at a minimum. The cap on the tax is scheduled to expire on Oct. 31, 2021. Next steps: Senate Finance Committee vote. MRA position: Support.

Bills to eliminate the current requirement for schools to start classes after Labor Day received a hearing in the House Education Committee last week. The bills, HB 4368–4369, are sponsored by the committee’s chair, Rep. Pamela Hornberger (R-Chesterfield) and Rep. Steve Johnson (R-Wayland). The tourism industry’s arguments about the difficulty in retaining enough workers and traffic to keep their doors open fell on mostly deaf ears. Many schools already have obtained waivers to the post-Labor Day start date requirement and of those that haven’t, most fall sports start practicing at the beginning of August. Next steps: House Education Committee vote. MRA position: Oppose.

Business groups reached the best compromise possible with the 9-1-1 commission on changes to pending regulations on multi-line phone systems. HB 4249 makes corrections to a rule promulgated by the Public Service Commission and the State’s 9-1-1 Committee requiring software updates to multi-line phone systems ensuring they can pinpoint the location of a caller.

The compromise changes will require all buildings over 7,000 square feet that contain a multi-line phone system to identify the location of the caller within the building by Jan. 1, 2020. Buildings under 20,000 square feet with fewer than 20 phone lines do not have to meet the Jan. 1, 2020 deadline but must make the updates the next time a new phone system is installed.  The compromise also reduced the potential fines for noncompliance to $500-$5,000 per offense, removed future rule-making authority, and exempts businesses in areas where enhanced 9-1-1 services are not available. The committee is expected to report the bill this week.  Next steps: House Communications and Technology Committee vote. MRA position: Neutral.

Starting with this update, we’ve made some changes to make the Government Affairs News updates easier to read. The “other important items to note” feature has morphed into a full bill tracking document that is uploaded to MRA’s website with every two weeks. Bills are categorized by topic and those with changes are highlighted. This tracker will be linked to every email update in the right-hand column. Members should be able to tell from a quick glance what MRA’s position is on any given bill and to see where it is in the legislative process.

We welcome member comments regarding the email format change and the bill tracker. Our goal is to make it easy for you to stay informed without having to be at the Capitol every day.