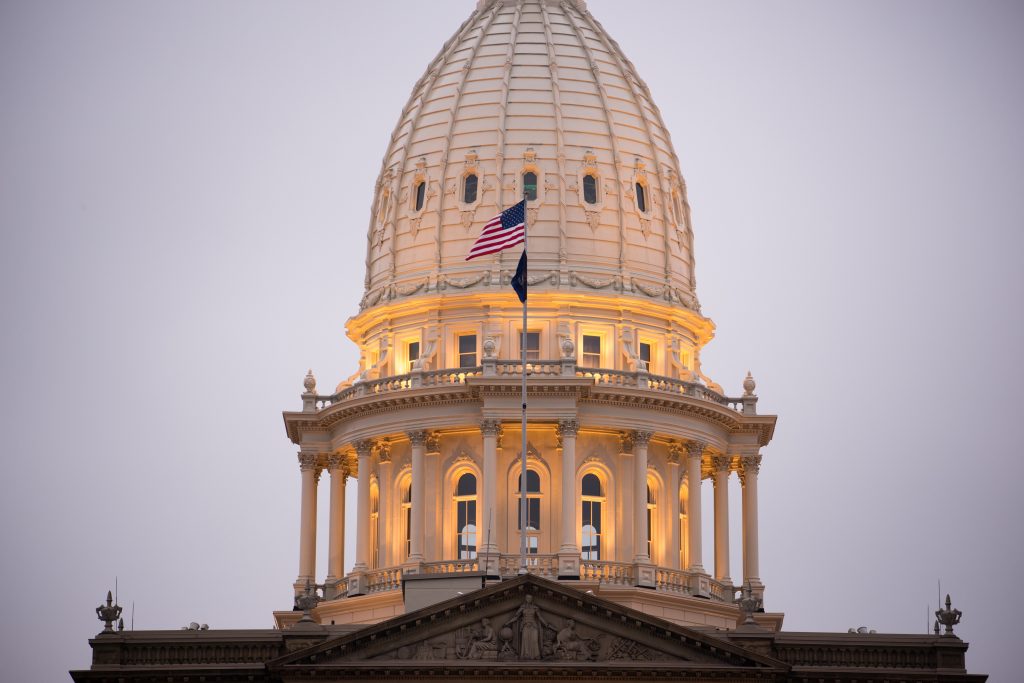 Agreement reached to complete the budget before roads

After much back and forth all year and parting shots all summer, legislative leaders and Gov. Whitmer have agreed they will focus on completing the state’s budget before the Sept. 30 deadline and then turn their focus to roads. The news came first thing this morning and signals a much less contentious budget fight. It also comes after Senate Majority Leader Mike Shirkey declared late last week that the senate would send budget bills to the governor without a road plan. Avoiding the uncertainty of a government shutdown is good for Michigan’s retail economy.

Last week, Gov. Whitmer made a splash in the press when she announced the state would soon be filing an emergency rule banning the sale of flavored vaping products and flavored alternative nicotine products. The emergency rule, which will be filed on the grounds of a public health emergency, has not been filed yet but will be effective immediately once it is filed. MRA believes the rule will be filed this week, potentially on Thursday, Sept. 12. MDHHS has confirmed that there will be a 30-day delay in enforcement to ensure that all parties, including law enforcement, are prepared.

The rule will prohibit the sale of flavored vapor products (vapes, vaporizers, vape pens, hookah pens, and e-cigarettes) and flavored alternative nicotine products online and at retail locations. This includes menthol-flavored products despite those being permissible in cigarettes and all flavors being allowed for tobacco products. Other flavored tobacco products including cigars, cigarillos, chew, hookah, dip and snuff will still be legal to sell to individuals over the age of 18. Also covered by the rule is a prohibition on advertising or marketing using terms such as clean, safe, harmless, or healthy. Advertisements for vapor products and alternative nicotine products are prohibited within 25 feet of the point of sale, candy, foodstuff or soft drinks and cannot be visible by a person standing at a distance of 25 feet from the building.

The administration has released some FAQs on the emergency rule on flavored products. The FAQs answer the question of what is and is not included as a vapor or alternative nicotine product. MDHHS tells MRA that a retailer toolkit is in development.

The American Vaping Association, vapor product manufacturers, and some tobacco/vape specialty retailers are seriously considering legal action. E-cigarettes, vapor products and tobacco products cannot be sold to anyone under the age of 18 in Michigan. Sales of non-menthol flavored cigarettes were prohibited by the FDA in 2009. The FDA is currently considering a ban on flavored tobacco and vaping products and is reviewing comments submitted last summer by the industry and other interested parties.

Last Thursday, the House Health Policy Committee reported out an amended version of our e-prescribing legislation, HB 4217.  The substitute bill includes some of the changes made in SB 248 and 254, reported out of the senate committee in June, including adding clarity around what circumstances allow a prescriber to obtain a waiver, mirroring the federal CMS implementation date of Jan. 1, 2021, and allowing the state to delay implementation if CMS delays implementation federally.

In addition, the house bill also includes a requirement that pharmacists make a good faith effort using their professional judgement that prescriptions are legitimate, includes a requirement for prescribers to document the reason for issuing a paper prescription under exemptions that allow for a judgement call, and increases the penalties for noncompliance. The bills strike a balance between requests from the state for clarity and flexibility/conformity with other deadlines prescribers are under. MRA expects the House Ways and Means Committee will take up the legislation over the next few weeks. Next steps: House Ways and Means Committee. MRA Position: Support.

Gov. Whitmer recently issued a formal proclamation declaring September 2019 as Family Meals Month in Michigan. MRA partners with the Food Marketing Institute (FMI) to help promote the campaign, which encourages families to share more meals together. The proclamation lists the many social and health benefits from families eating more meals at home together. Materials are available for retailers and grocers who want to share the message in their own marketing and social media. In the past, MRA members and other retailers have done cooking demos, photo/recipe contests, sponsored meals, discounts on meal kits and other creative marketing to promote more meals eaten at home around the table.