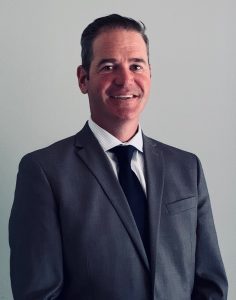 Clement has practiced law for 17 years. He joined the Supreme Court in 2016, after leaving the Michigan Attorney General’s Office as a Division Chief, where he supervised a team of 12 attorneys specializing in licensing and regulatory issues. He also played a key role in working with the Legislature and Governor’s Office to address the epidemic of prescription drug and opioid abuse.

Previously, he worked in private practice, primarily concentrating on state and federal criminal law and general civil litigation, after starting out as an assistant prosecuting attorney in the Eaton County Prosecutors Office.

“Clement comes to us with expertise in several areas of the law,” said William J. Hallan, MRA’s incoming President and CEO. “He’ll be especially helpful to our members with his knowledge of issues involving the Department of Licensing and Regulatory Affairs. We’re thrilled to welcome him to MRA.”

Hallan is MRA’s current General Counsel; he will become MRA’s President and CEO in late August. James P. Hallan is retiring from the position after 34 years at MRA.

Clement has formerly served on the State Bar of Michigan’s Criminal Jurisprudence and Practice Committee and the state of Michigan’s Community Corrections Board. He is a current member of a Supreme Court and Attorney General joint task force on elder abuse.

“My goal is to help MRA build on its reputation for stability, ethical business practices and passionate advocacy for retailers,” said Clement. “It’s difficult to leave the Supreme Court, but I’m intrigued by MRA’s ability to help businesses ranging from start-ups to established corporations.”

Clement received a Bachelor of Science degree from Western Michigan University and a Juris Doctorate from the Michigan State University College of Law. He lives in East Lansing with his wife, Supreme Court Justice Elizabeth T. Clement, and their four children.