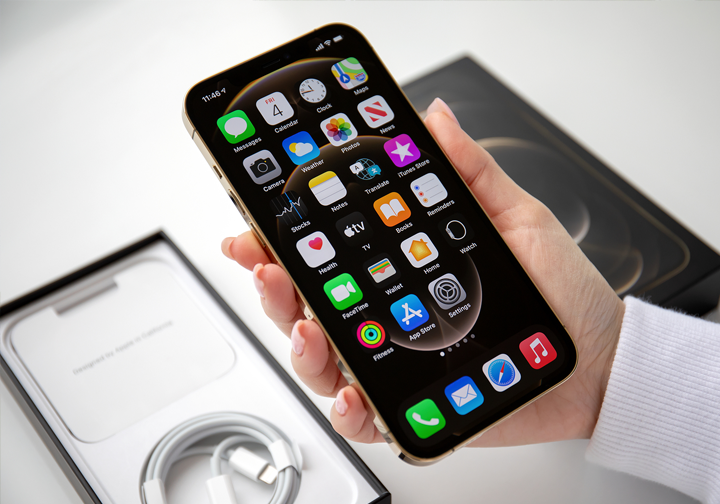 Apple’s long-awaited iOS 14.5 update for iPhone is rolling to more users as the newest version of iPhones become available this summer.

How Apple’s latest iOS update may impact your digital advertising

Yes, users gain more control over data. But what about your digital advertising?

Here’s what you need to know.

This has been in the works for months. News outlets from CNN to Social Media Today have reported extensively on how Apple’s latest iOS 14.5 update will drastically impact the $105 billion U.S. mobile advertising industry. It is believed that the new update includes Apple’s strongest consumer data privacy protections to date.

Apple’s iOS 14.5 update features an “App Tracking Transparency” (ATT) update that will trigger a prompt message in all apps on iOS devices (ie. iPhones and iPads) that explicitly asks users for permission before they monitor or track a user in the form of “cookies.” This means that unless approved, apps can’t show users targeted ads based on what they do in other apps, send location info or email addresses to data brokers, or share data that follows users across apps and services.

TARGETED DIGITAL ADS EXPECTED TO DIMINISH IN VALUE
The update is expected to have a significant impact on ad targeting and re-targeting accuracy, as more users choose to block in-app tracking. As less information becomes available, it limits advertisers’ understanding on how people engage with information, links, and graphics, otherwise known as “elements.”

This update does not mean that tracking prevention makes ads go away entirely nor will it prevent all forms of tracking or personalized ads. However, it does limit the collection of third-party data, making ads less relevant and therefore, less valuable. And it is this change that is sticking in the yaw of major advertising platforms such as Google (via YouTube pre-roll video ads) and Facebook that rely heavily on targeted-ad business. Facebook and Google will still be able to gather data from their own users and use that data across all their respective apps.

FIRST-PARTY DATA TAKES CENTER STAGE
What does this change mean to your digital advertising efforts? It means less reliance on third-party information when deciding where to devote your advertising dollars. Businesses that collect “first-party data” will have an edge. Here are some examples of first-party data:

It has been reported that news publishers are less exposed, since many have both reliable web and in-app traffic. Plus, news outlets have a diversified ad revenue stream of both direct and programmatic sales.

At the moment, Facebook warns that advertisers “can expect to see changes in Facebook’s business and advertising tools, including ad set up, audience selection, delivery, measurement, and reporting.”

If you rely heavily on Facebook for advertising, it’s a good idea to review Facebook’s extensive explanation of the change. You can view it at facebook.com/business/news/how-to-prepare-for-changes-to-facebook-ads-from-ios-14-update#