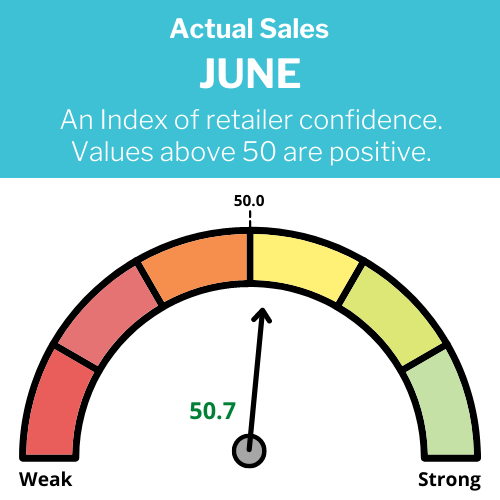 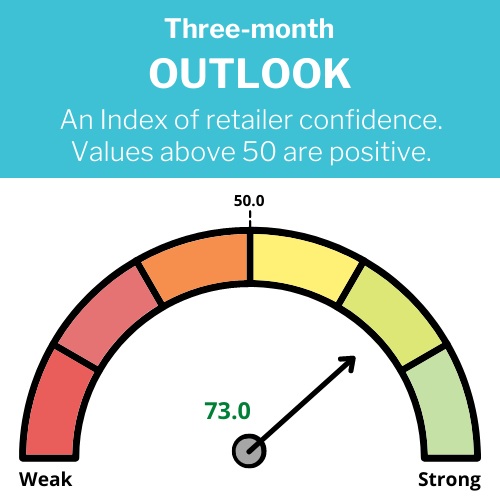 The June Retail Index survey came in at 50.7, a decrease over May’s 55.5. Forty-six percent (46%) of Michigan retailers reported a sales increase over May; Thirty-nine percent (39%) noted a decrease, and 15% reported no change.

The 100-point Index provides a snapshot of the state’s overall retail industry. Index values above 50 generally indicate positive activity, the higher the number, the stronger the activity.

“As retailers and consumers across Michigan continue to adjust to a post-COVID environment, we are seeing retailers prepare for back-to-school shopping and it will be telling to see whether parents are shopping early due to supply shortages, or if they’ll wait longer in hopes to lessen the inflation burden,” said William J. Hallan, President and CEO of the Michigan Retailers Association.

“As we head into the holiday planning season, we are continuing to track the changes in the retail market related to inflation and supply shortages going forward,” said Hallan.

Sixty-two percent (62%) of retailers predict their sales will continue to rise through September, but 18% said they expect their sales to decline. Twenty percent (20%) anticipate no change. That results in a 73.0 Index rating, an increase over last month’s prediction Index rating of 65.6, a strong indication for high sales activity in the next three months.

Not having enough staff appears to be on the minds of multiple business owners across the state, per the Retail Index survey. Many reported they can’t find the necessary help. One business noted that having college students home for the summer has been helpful, but expressed concern about having students head back to their schools in the coming weeks.

According to the Retail Index, twenty-four (24%) of retailers noted an increase in hiring plans over the month of May. Only 8% reported a decrease. Sixty-eight (68%) reported no change.

In the next three months retailers predict they’ll continue to make price adjustments. Sixty-one (61%) expect an increase through September, 5% of retailers expect a decrease, and 34% expect no change.