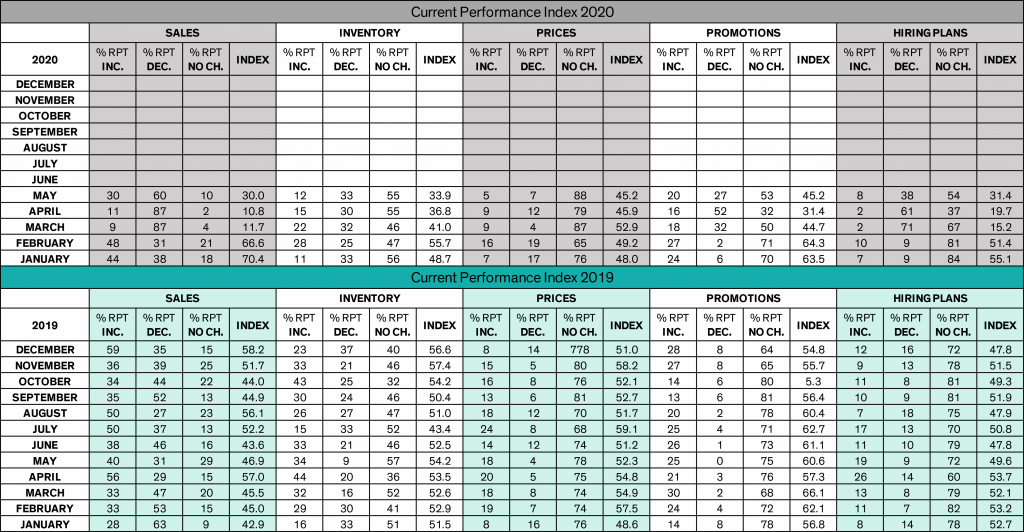 LANSING, Mich. – May retail sales continued to tank with stores shut down for most of the month.

The May Retail Index survey came in at 30.0, up from April’s 10.8. The seasonally adjusted performance index is conducted by Michigan Retailers Association (MRA) in cooperation with the Federal Reserve Bank of Chicago’s Detroit branch.

The May survey showed that only 60% of respondents reported sales declines over April. Thirty percent recorded increases and 10% reported no change.

While northern Michigan and Upper Peninsula stores opened May 22, all other regions remained shut until May 26, when the Governor allowed retail by appointment. Those stores could not fully reopen their doors until June 4. Orders requiring face masks, social distancing and customer limits remain in place.

Retailers see better sales in their future, with 63% predicting they’ll continue to rise in the next three months. But 27% said they expect a sales decline, and 10% don’t think things will change. That results in a 66.0 Index rating, reflecting retailers’ optimism for the summer.

“If we can continue to suppress the spread of COVID, we’re hoping this summer helps retailers bounce back from the devastating shutdown,” said William Hallan, President and CEO of Michigan Retailers Association.