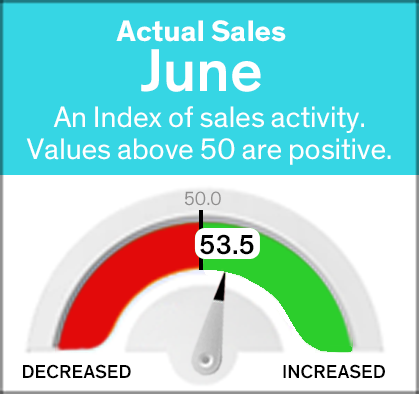 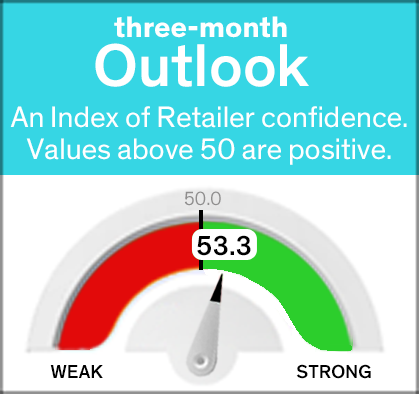 LANSING, Mich. – June retail sales saw a measured upswing as many stores were allowed to reopen.

The June Retail Index survey came in at 53.5, a jump from May’s 30.0. The seasonally adjusted performance index is conducted by Michigan Retailers Association (MRA) in cooperation with the Federal Reserve Bank of Chicago’s Detroit branch.

June 2019 had a Retail Index rating of 42.1. Retailers were dealing with a very rainy spring that dampened tourism and sales overall.

The June survey showed that 55% recorded increases over May. Forty-two percent of respondents reported sales declines and 3% reported no change.

Northern Michigan stores were allowed to reopen for Memorial Day weekend. The rest of the state reopened June 4.

Retailers are predicting their three-month outlooks to be about the same as now. Forty-two percent predict they’ll continue to rise in the next three months, but 37% said they expect a sales decline, and 21% don’t think things will change. That results in a 53.3 Index rating, just a tick under this month’s number.

“Retail activity is bound to be a see-saw for the next few months due to the pandemic,” said Bill Hallan, President and CEO of Michigan Retailers Association. “Back-to-school sales typically give many stores a boost at this time of year, but with the uncertainty of in-classroom teaching and with parents stocking up on other items for distance learning, we’ll have to wait and see how retail is affected.”