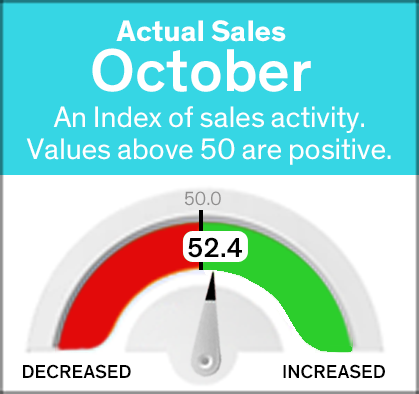 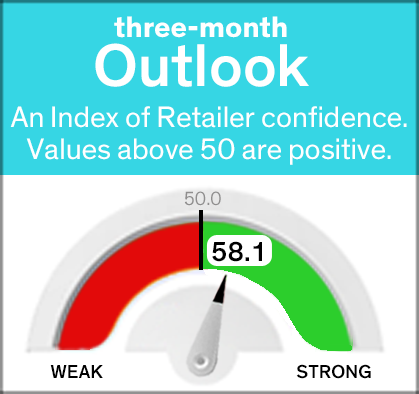 LANSING, Mich. – Michigan retailers reported that although overall sales decreased in October from September, retailers are optimistic as they head into the holiday shopping season.

The October Retail Index survey came in at 52.4, down from September’s 63.7. Forty-eight percent of Michigan retailers reported an increase in sales over September, 39% reported a sales decline and 13% reported no change. The seasonally adjusted performance index is conducted by Michigan Retailers Association (MRA) in cooperation with the Federal Reserve Bank of Chicago’s Detroit branch.

Forty-five percent of retailers predict their sales will continue to rise through January, but 37% said they expect a sales decline, and 18% don’t think things will change. That results in a 58.1 Index rating.

“We’re seeing sales rise nationwide as the holidays approach, but with another statewide order restricting in-person dining and entertainment venues, Michigan business owners face more hardships,” said Bill Hallan, President and CEO of Michigan Retailers Association. “Retailers have proven repeatedly that they provide safe environments to shop. We are urging Michiganders to shop locally and keep their dollars in Michigan this holiday season.”

According to the National Retail Federation, nationwide sales in October were up 0.3% seasonally adjusted from September and up 5.7% year-over-year. The uptick is a result of consumers starting to shop for the holidays earlier.

“Consumers have proven their resilience and willingness to spend as we head into the heart of the holiday season, and retailers are responding with deep discounts, robust inventory, and great experiences in-store and online,” said NRF President and CEO Matthew Shay. “Retailers continue to demonstrate their commitment and ability to ensure safe shopping environments for their customers and their associates.”

Breakdowns of the current, three-month and regional results are attached.