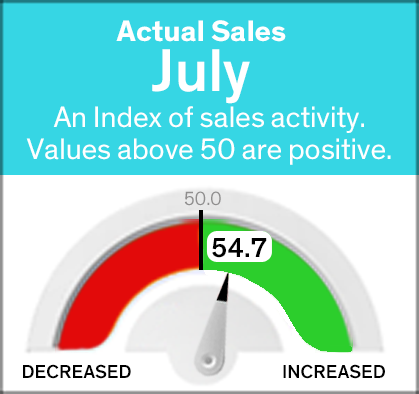 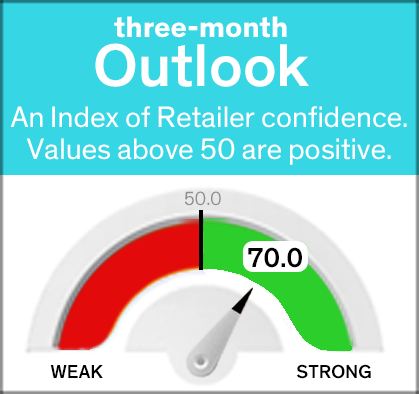 LANSING, Mich. – July was a much better month for Michigan retailers, as parents started back-to-school shopping and summer weather encouraged shoppers to hit the stores after a cold, rainy June.

The monthly Retail Index survey came in at 54.7, a tick up from July 2018’s 53.5 and a healthy jump from June 2019’s 42.1. The seasonally adjusted performance index is conducted by Michigan Retailers Association (MRA) in cooperation with the Federal Reserve Bank of Chicago’s Detroit branch.

The July survey showed that 50% of respondents reported sales increases over June. Thirty-seven percent of retailers recorded declines and 13 percent reported no change.

The Retail Index shows that 55% of Michigan retailers expect increased sales through October, while 19% predict a decrease; 26% expect no change. That results in an adjusted outlook index of 70.0 – a positive sign as businesses prepare for the holiday season.

“Many parents start back-to-school shopping in July, but August will benefit from those sales as well,” said James P. Hallan, MRA President and CEO. “And while the temptation is to wait for deals on clothing, school supplies and electronics, the selection will be more limited the longer you wait.”