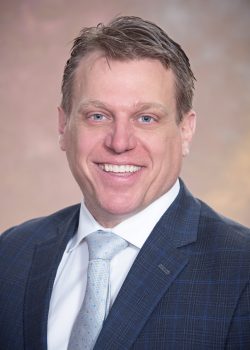 Bryan Neiman is President and CEO of Neiman’s Family Market, with three locations in Tawas, St. Clair and Clarkston. His parents, Hal and Jean Neiman, founded the company in 1983 by opening an Alpena IGA store, which later became Neiman’s Family Market. Joining his family’s business in 2007 as a Store Director, Neiman previously worked for The Fresh Market in North Carolina and Indiana. He holds a bachelor’s degree in organizational communications from Capital University. Neiman joined the board in January 2018 as the Michigan Grocers Association division representative. Neiman was elected as Vice Chair for the MRA Board in August 2022.