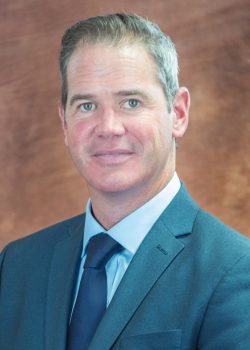 Thomas P. Clement is Vice President, Operations and General Counsel. Before coming to Michigan Retailers, he was General Counsel for the Michigan Supreme Court, where he managed litigation matters involving the Supreme Court, the Court of Appeals and the State Court Administrative Office. He also served as the legislative liaison to the executive and legislative branches, representing the court on policy and legislative issues.

Clement has practiced law since 2002. He joined the Supreme Court in 2016, after leaving the Michigan Attorney General’s Office as a Division Chief, where he supervised a team of 12 attorneys specializing in licensing and regulatory issues. He also played a key role in working with the Legislature and Governor’s Office to address the epidemic of prescription drug and opioid abuse.

Previously, he worked in private practice, primarily concentrating on state and federal criminal law and general civil litigation, after starting out as an assistant prosecuting attorney in the Eaton County Prosecutors Office.

Clement received a Bachelor of Science degree from Western Michigan University and a Juris Doctorate from the Michigan State University College of Law.