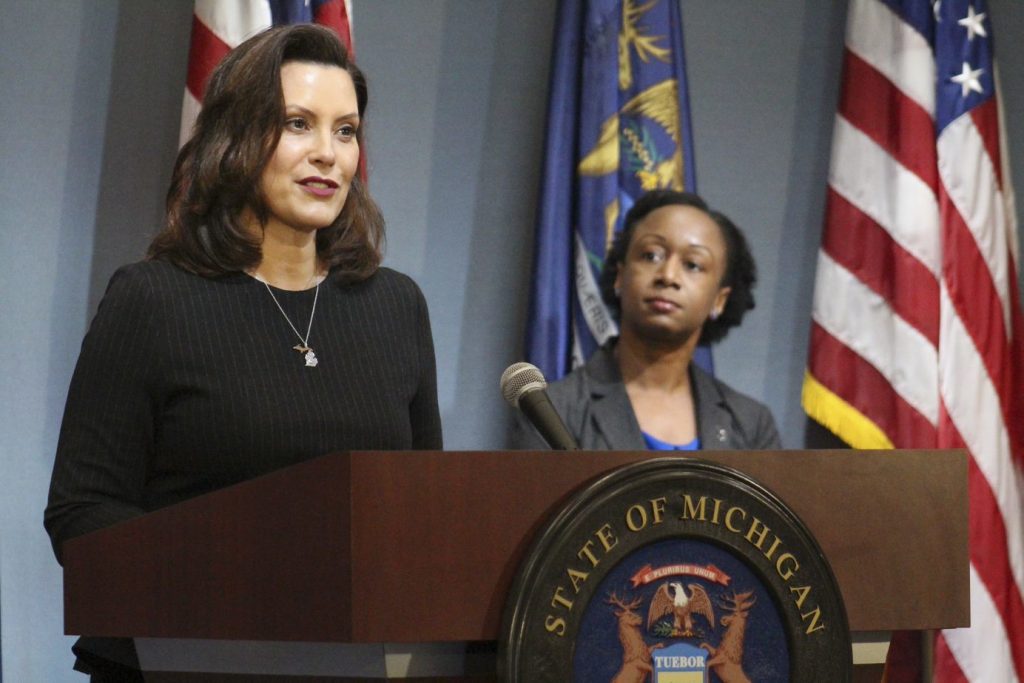 Thursday, April 30 marked the last day of the legislative extension of the governor’s executive powers under a 1976 Emergency Management Act. While the governor asked legislators for another 28-day extension, the legislature did not approve one as it did in early April, because they wanted more of a say in what future stay home orders look like. Instead, legislators passed SB 858 that would extend certain executive orders, but noticeably not the stay home order, through May 15 or May 30. The bill would also reopen nearly all business activity and public accommodations provided those entities follow health and safety mitigation efforts. Legislators also approved resolutions (HR 250 and SR 114) allowing them to pursue legal action against the governor. This is similar to what the Wisconsin legislature did in April when Gov. Evers extended his stay home order until May 26 and they felt it was not done properly through the rulemaking process.

Approximately an hour after the Senate approved sending the bill to the governor’s desk, the governor issued new orders (Executive Order 2020-66-68) extending the state of emergency and disaster declarations through May 28. E.O. 2020-67 relies solely on the 1945 Emergency Powers of the Governor Act and E.O. 2020-68 relies solely on the 1976 Emergency Management Act. An extension of the state of emergency is not the same as an extension of the stay home order. The stay home order is scheduled to expire on May 15, although we do expect some version of a stay home order will likely be extended beyond May 15. Gov. Whitmer also signed Executive Order 2020-69 last night, which extends a previous order keeping places of public accommodation (restaurants, bars, salons, theaters, gyms, etc.) closed through May 28.

For businesses and Michiganders, nothing really changed overnight except for the dates through which the state of emergency and public accommodations closures last. Unless the courts overturn the governor’s actions, which most legal experts say will not happen, these orders still carry the weight of law and can be enforced by local and state law enforcement officers. Because executive orders are enforced by local and state officers, that means there can be different levels of enforcement around the state. We’ve seen just that in many different interpretations and enforcement activities since mid-March.

Let’s dig into what exactly the two acts allow and their differences. Gov. Whitmer has been issuing executive orders, including the stay home order, under the 1976 Emergency Management Act and a 1945 Emergency Powers of the Governor Act. Both acts give the executive branch, specifically the governor, the ability to issue executive orders, rules, and regulations. The 1976 Act specifically gives these orders “the force and effect of law” when “coping with dangers to this state or the people of this state presented by a disaster or emergency.” It limits that state of emergency to 28 days unless “an extension of the state of emergency for a specific number of days is approved by resolution of both houses of the legislature.” Republican legislative leaders argue this was done to set checks and balances between branches of government, as the founding fathers designed. The 1976 Act specifically includes the terms epidemic in its definition of an eligible disaster.

The 1945 Act does not include any limitations on the duration of the state of emergency but uses a key phrase limiting the governor to “promulgate reasonable orders, rules, and regulations as he or she considers necessary to protect life and property or to bring the emergency situation within the affected area under control.” Who’s to say what is reasonable? The governor thinks her actions are reasonable and necessary to protect life. There has also been talk about whether or not the 1945 Act was designed to be used for health emergencies like the current COVID-19 pandemic. Unlike the 1976 Act, which specifically includes the terms epidemic in its definition of an eligible disaster, there is no reference to health emergencies, epidemics or pandemics in the 1945 statute.

Context is also important, as the 1945 Act was passed largely to deal with race riots in Detroit and the language reflects that by allowing the governor to close streets, buildings and places of amusement. While the act states these powers are not limited, it specifically allows a governor to impose a curfew and control the sale of alcohol and explosives or flammable materials, all consistent activity to stop rioting behavior.

These powers have been tested in the courts before and they have typically upheld the executive’s rights to rely on these acts. Gov. Whitmer believes most of her orders can be issued under the 1945 act and the only one dependent on the 1976 act is the granting of civil liability relief to medical workers and hospitals. Whether her actions are in line with a reasonableness standard will be a significant issue in any lawsuit. One can argue these laws have never been used quite so aggressively or extensively. Both laws were enacted decades after the 1918 flu pandemic and we have not seen a similar event of significant magnitude since. We are in uncharted territory.

It will be up to the courts to make any final decisions, but don’t expect those decisions to come quickly. It’s unlikely a temporary restraining order will be issued and if one is, the state will quickly appeal. Put simply, a legal decision before the stay home orders are lifted is unlikely.