Michigan Retailers will say goodbye to four retiring employees this summer, and three are happening on June 28! President and CEO James P. Hallan’s retirement was previously announced and will occur on Aug. 26.

Some of you may have talked to our three retirees over the years: Judy Schafer and Linda Pierce, with Retailers Insurance Co. (RIC), and Debbie Johnson, with MRA’s health insurance program. 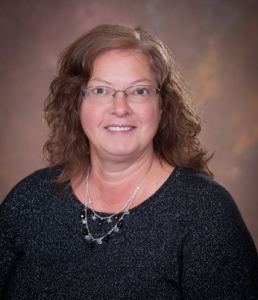 MRA history: Judy has the distinction of being the second longest-serving employee at MRA, clocking in at 36 years. For the past few decades, she has managed the billings for RIC policies and helped agents and policyholders with any questions or issues.

The biggest change: Going to the QB software tool in 2018 to update and manage policies. “This QB system is by far my favorite. It’s really brought us up to speed – and has been a real stress-reducer because it’s so efficient.”

Family: Judy, who grew up on a farm in Westphalia and still lives there, has been married to her husband, Kurt, for 33 years. They have three grown children and two grandkids – Scarlett and another on the way. Her daughter, Rachel, works at MRA in the marketing/communications department, and as Judy says, “I’m excited for Rachel to be here. It’s such a great place to work. We’re like family here.”

The next adventure: She and Kurt will spend more time with grandkids, boating, playing golf and traveling.

What’s next for policyholders: After June 28, Justine Rodabaugh will replace Judy, so welcome her if you call or email her! 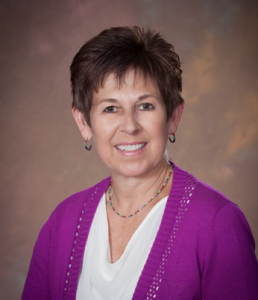 MRA history: Linda has been with Michigan Retailers for only three years but she’s no stranger to the membership association business. For 29 years, she was with the Michigan Retail Hardware Association, managing the billings for that association’s workers’ compensation insurance. MRHA became a division of MRA in 2016, and Linda followed. “Hardware owners are very easy-going, very down to earth,” Linda says. “They have a real relationship with their customers. A lot of our members are in small towns; they chit-chat with their customers and really get to know them.”

The biggest change: Going from the small MRHA staff to the larger MRA staff, where she now assists policyholders with questions about RIC product.

Family: Linda lives in Wacousta with her husband, Jeff. They have two grown children, with the youngest just graduating from Grand Valley State University.

The next adventure: They’ll spend time at their cottage east of Gaylord, and head to Kentucky during hunting season. 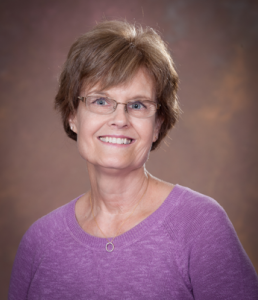 MRA history: In her hometown of Escanaba, Debbie always worked the Michigan State Fair. When a state auditor came to check on the fair, she assisted – and ended up marrying him. The marriage brought her to Lansing, where she ended up starting her job at MRA 20 years ago. She works on the health insurance side, doing data entry and processing health insurance applications.

The biggest change: HIPPA and the privacy requirements to protect information. “We’re so careful now not to leave papers on our desks, or talk about a patient with anyone who isn’t listed as a contact person. I remember the days when social security numbers were on our health cards. It’s a big change,” Debbie says.

Family: She and her husband, Mark, live in St. Johns. They have three children and five grandchildren.

The next adventure: Enjoying pizza night with her grandkids, taking full advantage of their travel club offerings (with planned trips to Gatlinburg, Las Vegas and Orange Beach, Ala.)