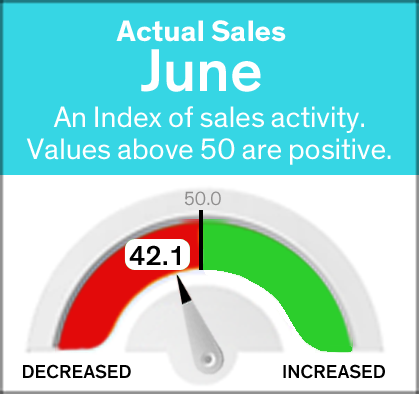 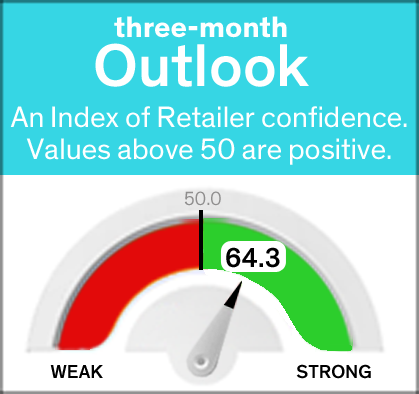 Retailers reported another dip in sales in June 2019, but retailers across the state remain optimistic sales will be on the upswing in the upcoming months.

The monthly Retail Index survey came in at 42.1, a dip from June 2018’s 46.1. May 2019’s survey came in at 46.9. The seasonally adjusted performance index is conducted by Michigan Retailers Association (MRA) in cooperation with the Federal Reserve Bank of Chicago’s Detroit branch.

The June survey showed that 38 percent of respondents reported sales increases over May. Forty-six percent of retailers recorded declines and 16 percent reported no change.

The Retail Index shows that 45 percent of Michigan retailers expect increased sales through September, while 14 percent predict a decrease; 41 percent expect no change. That results in an adjusted outlook index of 64.3 – a solid number as businesses head towards early fall.

“The good news is that we’re heading into the back-to-school shopping season, typically a strong time for our retailers,” said James P. Hallan, MRA President and CEO. “In fact, the strongest day for back-to-school sales often is the last Saturday in July.”

With back-to-school supplies already lining the shelves in most stores, the National Retail Federation is forecasting a record spending year. According to the report, families with children in elementary grades through high school are expected to spend an average of $696.70. Last year the average was $684.79.

The state Senate Fiscal Agency showed that June 2019 sales tax receipts increased 1.9 percent over June 2018. However, the sales tax receipts were $36.9 million below the forecasted amount. Fiscal year-to-date sales tax collections were 2.7 percent above the 2017-18 amounts through June 2019.