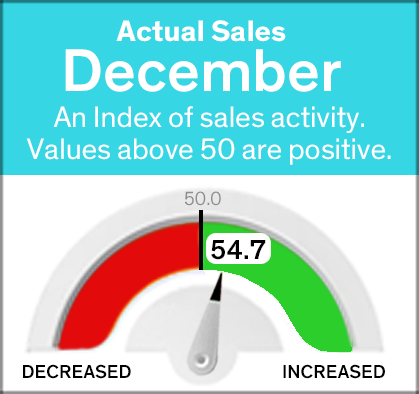 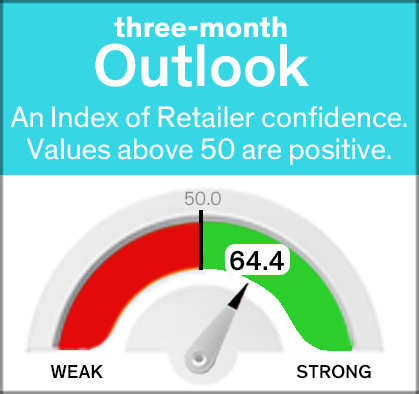 Michigan retailers reported an increase in their December sales over November, thanks in part to last-minute holiday shopping.

The December Retail Index survey came in at 54.7, a nice jump from November’s 46.3. Forty-seven percent of Michigan retailers reported an increase in sales over November, 39% reported a sales decline and 14% reported no change. The seasonally adjusted performance index is conducted by Michigan Retailers Association (MRA) in cooperation with the Federal Reserve Bank of Chicago’s Detroit branch.

Forty-two percent of retailers predict their sales will continue to rise through March, but 41% said they expect a sales decline, and 17% don’t think things will change. That results in a 64.4 Index rating.

“Michiganders know how vital it is to support local and they proved that by showing up for retailers this holiday season” said Bill Hallan, President and CEO of Michigan Retailers Association.

“This nice boost over November sales will give retailers more hope and help financially during the first quarter of 2021.”

According to the National Retail Federation, holiday sales were up 8.3% over the same holiday shopping season in 2019. They totaled $789.4 billion, exceeding the NRF’s holiday forecast. “Despite unprecedented challenges, consumers and retailers demonstrated incredible resilience this holiday season,” NRF President and CEO Matthew Shay said.