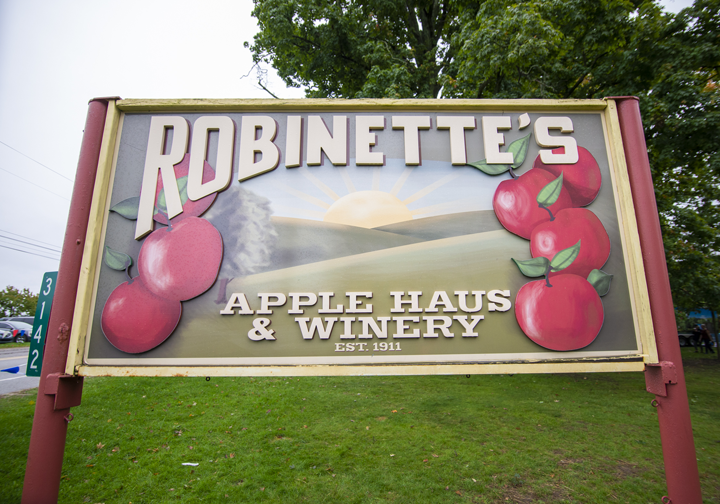 Robinette’s came under fire in September 2020 when a polarizing political figure paid a visit to the beloved family business.

Imagine this scenario. You are the owner of a successful business that many consider to be a much-loved institution and a destination. You receive a phone call that a well-known political figure that’s equally loved and hated wants to visit your store. Celebrities and lawmakers visit all the time, so you treat this request like any other. You give the “ok” with some stipulations. No grandstanding. No speeches. We have a business to run here.

The visit happens without any glitches. That should be the end of it, right? You start noticing that the stories the local media issued about the visit have some of the facts right, but there’s a lot of misinformation too. Then your Facebook page starts to blow up with hundreds of vile comments from nearby residents, customers, and people from everywhere angry as to why you let this person visit your store. Your phone starts ringing too. Call after call from people who vow to boycott your business or worse. Boycott? Business is hard enough right now without this additional stress. The thought of the potential fallout from all of this is overwhelming.

This is exactly when Karey Robinette found herself and her beloved family business Robinette’s Apple Haus & Winery, based in Grand Rapids, this past fall when a well-known and many would consider to be a polarizing political figure paid a visit to Robinette’s to support a local business.

“Sometimes we get a heads up that a celebrity is coming and other times they just show up,” said Robinette. “Most of the time, I don’t even know who they are until after they’ve left. To us, they are all customers regardless of how famous they are. We treat everyone the same.”

Crisis. Backlash. Now cancelled
The definition of what the Robinettes experienced seems to change every few years. At one time business faced a potential media crisis where a majority of the maelstrom would come from news outlets. Social media introduced the concept of instantaneous backlash. Not only were businesses taking hits from the media, but now they had to contend with direct consumer feedback thanks to Facebook message boards, Twitter posts, and YouTube videos. As stated in a Forbes article earlier this year, with consumers being more informed and empowered than ever before, backlash has risen to a whole new level now known as “cancel culture,” where online audiences use the sheer vastness of social media to organize and deliver damaging blows to a business at an alarming rate.

According to Dictionary.com, “cancel culture refers to the popular practice of withdrawing support for public figures and companies after they have done or said something considered objectionable or offensive.” In a 2020 study conducted by Yougov.com, half (51%) of US adults think that canceling someone is an effective way of driving social change. Furthermore, a study by Edelman Public Relations Worldwide revealed that 64% of consumers around the world will buy or boycott a brand solely because of its position on a social or political issue.

So, knowing this, what can a business owner do if they find their business under attack? Robinette offers five suggestions based on what she and her employees learned. 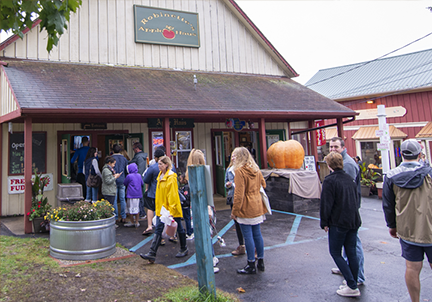 Loyal customers across the country came to Robinette’s aid and defended the business.

1. Have a protocol in place
Well established businesses have procedures in place to keep operations running as efficiently as possible. Managing social firestorms should be no different.

“As everything was happening, we reminded ourselves that we are a business first and at our very core, we do not discriminate nor do we turn customers away,” said Robinette. “We advised our employees to follow the same protocol that we use for dealing with angry customers.”

Robinette advised employees to turn the calls over to a manager, not wanting Robinette’s younger employees, in particular, to bear the brunt of someone’s anger. Employees acknowledged posts on Facebook and kept a majority of the comments, hiding only those that were truly offensive.

“It’s important to keep the protocol as simple as possible,” said Robinette. “In the heat of the moment, it’s easy to get caught up in determining a Plan A or Plan B but that can get complicated really fast. We focused our efforts on acknowledging and listening. Overall, we found that people just wanted to be heard.”

“Our fans started defending us on Facebook and after a while the fans started to outnumber the detractors,” said Robinette. “We were so touched because those first few days were rough and mentally exhausting.”

The big takeaway the Robinette’s team learned within the first 48 hours is that people looking to complain will complain – and you need to ride out the storm.

“Expect the fire to be hot,” advised Robinette. “If you truly did something wrong, admit it and apologize. Don’t try to hide. Let people be angry. Have faith that the temperature will come down.”

3. There’s a good chance that the media will make mistakes
In the race to be the first to break a story and to generate a high click count, many news outlets rush out stories to beat the competition, knowing that their version may not be accurate.

“This was very frustrating because we tried to clarify facts but unfortunately, there are reporters out there who have an agenda and want to use you and your business to fit the narrative they are shaping,” said Robinette.

“When this happens, focus on staying consistent with your response,” said Robinette. ”When asked, we clarified and kept doing it. Unfortunately, you will have those people who want to believe what they want to believe. Eventually, the truth will surface.”

4. Keep your social channels active
This should be second nature to businesses; however, many still let their social media pages go dormant, chalking it up to other priorities.

“We are very active on Facebook, it’s our virtual community hub,” said Robinette. “So, when everything started to happen, people who wanted to voice their concern could see that we have an established community and interact frequently with customers.”

Robinette believes it was Robinette’s fan base and the high volume of positive customer reviews on Google that helped the situation from getting worse.

“Our fans showed up in droves quickly. We are forever grateful for that,” said Robinette. “Our fans coming to our defense helped to disperse the negativity and gave us the energy we needed to get through the difficulty.”

“We were getting calls and comments from all over the country,” said Robinette. “In some cases, we realized that it was obvious that the people commenting weren’t familiar with us or our business. We did not spend a lot of time worrying about it and just focused on treating everyone with respect and dignity because at the end of the day, they are people behind the posts and the phone calls.”

Losing customers is just a part of doing business. In the case of being cancelled, it’s possible you will lose customers for a while.

“If you have a good product and a good reputation, your customers will come back,” said Robinette. “These are the people we want to serve and do right by. The others, well if they decide to give us another chance, we’ll be ready to serve them excellent apple cider and donuts with a smile.”